Artificial intelligence is a wide range of computers tasked with producing smart machines. The machines capable of executing and performing tasks similar to human intelligence.

It has a number of approaches and advancements that are seen as the next-generation technology. AI is basically the reproduction of human intelligence in machines that are simulated to mimic and think like humans.

It applies to any machine that exhibits traits and behaviours associated with the human mind such as problem-solving and learning.

Most people do not differentiate between AI and robots which makes it very hard to bring out the exact meaning and understanding of this term.

AI has based on the principle that human intelligence formulates a way that machines can imitate and execute tasks. Just like humans. This ranges from simple tasks like solving a mathematical problem to more complex tasks that may even prove hard to humans.

With the advancement in technology, there are some of the Artificial Intelligence that are slowly becoming outdated due to the production of more sophisticated technologies.

For example, machines that solve simple functions like recognizing text through optimal character is no longer considered to represent artificial intelligence.

The application of artificial intelligence is fast spreading to different industries and sectors. The technology is being largely used in the health industry for dosing drugs. It also helps the treatment of patients, surgical procedures, and many other sectors.

With the recent COVID-19 taking a toll on health care workers and the infection affecting more daily, AI will be the way to go. Other areas that enjoy artificial intelligence are self-driving cars, computers that play chess, and many others.

In the finance industry, AI is used to flag and detect banking activities. Like large account deposits, irregular or unusual debit card usage. Similarly, fraudulent transactions, easing trading activities, and many others.

The development of artificial intelligence has brought success in different sectors but this is not without criticism from a section of users.

People feel that with the extensive use of smart machines and technology, human employment is on the brink of extinction. There is also fears of rendering many workers jobless.

With many companies and industries adopting the use of intelligent machines. There is a fear that people will be pushed out of their jobs. But That’s far from reality. It is evident that AI is bringing more good than bad and is definitely the next-generation technology. 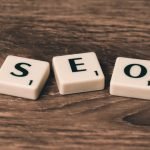 A Must Have Local SEO Guide for Small Businesses